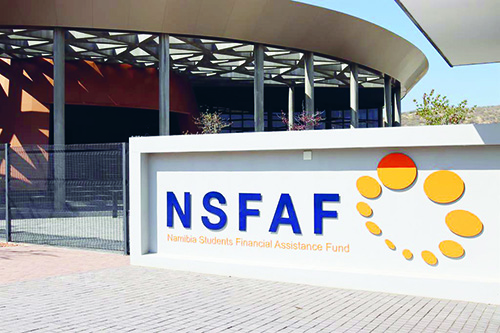 STUDENT Union of Namibia (SUN) Interim Secretary General (SG), Brian Ngutjinazo says over 10 000 students are faced with the prospect of not receiving their year-end results from various Tertiary Institutions as the Namibia Students Financial Assistance Fund (Nsfaf) has not paid their tuition fees.

Ngutjinazo pleaded with Nsfaf to act swiftly in assisting student and encouraged the institution to engage Tertiary institution to map a way forward.

He said it made no sense that most students had received their non-tuition fee and yet no tuition fees had been paid.

Ngutjinazo encouraged Nsfaf to engage Unam and other Tertiary Institutions to find an amicable solution to the matter.

“Nsfaf has to take the initiative to these Tertiary Institutions and make a deal as to when they will be able to pay in order for students to get their results. Students are stressed because they are not sure whether they will get their results or not and we, as the union want answers from the authorities on whether the students will receive their tuition fees or not.

“We were informed that it is Cabinet that is supposed to release the money, so how will Nsfaf be able to pay the students if the cabinet is already on holiday?” Ngutjinazo remarked.

Meanwhile, Nsfaf Head of Stakeholder Liaison, Chris Mwiya said students who have not received their tuition fees should go to the Nsfaf headquarters where information on the way forward would be made available to them.