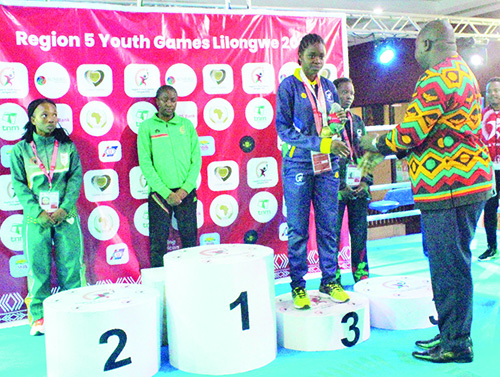 Hifikwa won a bronze medal after she defeated Zambia’s Catherine Mwape, but the medal according to her did not satisfy her quest for glory as she was aiming for a gold or at least a silver medal.

Speaking to Confidente, Hifikwa said lack of experience led to her settling for bronze but said she would continue to work hard in order to get more international fights.

Hifikwa and Kambonde’s medal win was a big wake-up call for boxing in the country as it showed women are ready to take on the beast by the horns, in not only regional but continental as well as international competitions.

“It was a great honor to have been chosen as one of the first female boxer to represent the country abroad and it is therefore a good example to my fellow female boxers, who will now jump and join boxing in order for the country to breed more female boxers. I noticed I was not fully fit and might have been lacking a few boxing tips and theories.

“Now my focus is to hit the gym and work hard on my fitness levels and to get new boxing experience through boxing tournaments.