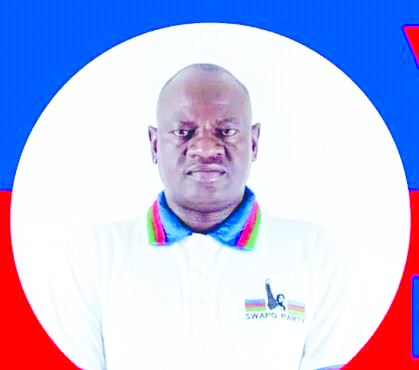 THE newly elected Swapo Party councilor for the Moses ║Garoëb Constituency in the Khomas region, Stefanus Ndengu, says it will take up to five months before residents start seeing his plans take effect.

The by-election was necessitated following the passing on of Swapo Party councilor, Aili Venonya last October and according to Section 116 of the Electoral Act (Act No. 5 of 2014) the Electoral Commission had 90 days to fill the vacant position.

Electoral Commission of Namibia returning Officer, Rakondjerua Kavari said 42 000 voters were registered to vote, but only 4 822 votes were recorded.

Ndengu told Confidente that the most pressing issue that would get his attention were the housing, sanitation, electricity crisis together with the edification of roads and the construction of a taxi ranks.

He added that addressing all the challenges inhabitants are going through will require collective efforts from all members of society regardless of where they are from.

“I am going to work with all stakeholders, this office does not belong to me or the Swapo party. It is for all Namibians from the different sectors and political backgrounds. I want to invite my co-contestants to the office to bring their ideas on how we can make Moses ║Garoëb a better place for everyone,” Ndungu explained.