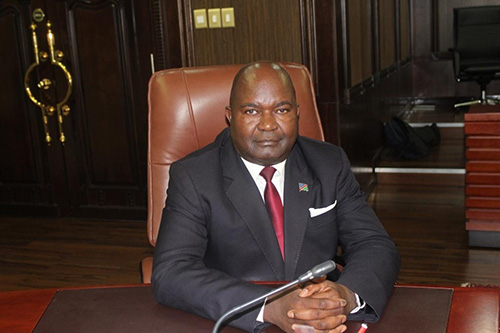 …An epitome of a suffering people

A few years ago, Albertina Nghinuunye (29) a woman living with albinism, died at her home in Onghuumbwa village in the Nehale lya Mpingana constituency in Oshikoto after a short illness. According to her relatives, Nghinuunye could not be taken to a clinic because there was no transport as the nearest clinic is about 70 km away.

Again, a few year later, a young boy aged 8, died on a donkey’s back while being transported to a clinic after being bitten by a venomous snake.

Lack of water, health centres, bad roads and poor network connection are the barrage of challenges that have been plaguing the inhabitants of the Nehale lya Mpingana constituency.

Due to the vastness of the constituency, residents have been calling for the constituency to be split in to two in order to make it easier for them to access basic services such as schools, water and medical services.

Fillemon Shikangala, a resident of Onghuumbwa village said, “When we heard we would be part of new constituency, we were overjoyed. However, things are just the same. Nothing has changed. Services are still fae.”

According to him, his young children attends primary school at Onashiye, where they have to walk a distance of 20 km to and from school each school day.

“That is a long distance for small children to travel every day. Even an adult person cannot manage. Most school students have dropped out of school as a result,” he said.

Shikangala also seethed about the lack of proper roads in the constituency, which he noted, had exacerbated their woes.

“Most of the roads in the area are sandy that only four-wheel drive vehicles can maneuver. This make most places inaccessible. I know of a female teacher at Onashiye school who has foots 10 km to school and walk the same distance back to the road the Friday she wants to go home. Maybe government can consider splitting the constituency into two so that more schools and roads can be constructed,” he said.

Ndeshipanda Haiyambo, a resident of Emanya Village, added her discontent to the fray. She indicated she was fortunate enough tom live in an area where water is in her backyard and a school is just a stone’s throw away but is irked by the distance she has to travel to regional council offices.

“We are fortunate to have a borehole nearby, the school is also near but the problem is the councilor’s office. It is far. Imagine having to travel 100 km to Omboto just even to obtain an application form for your vulnerable children at the gender office. You do not hike there because no car can go there. You have to ask somebody to take you there,” she stressed. According to her, they pay close to N$ 600 to travel to Omboto or ‘you have to give the owner of the car a large male goat.’

“If we can have two constituencies, it could be better because services will be closer to the people.

A local village headman in the constituency, who chose to remain anonymous owing to his link to an opposition party said the most pressing issues that needed to be addressed was the availability of clinics and at least two mobile police stations.

According to him, thieves have been robbing cuca-shops in the Emanya and Ombakana areas as they know by the time the police arrives from the Oshivelo police station, they would have fled.

“We also have cases of murder and suicides. Corpses sometimes are being fetch after 8 hours, almost in decomposed state. At least they must bring us mobile police stations,” he said.