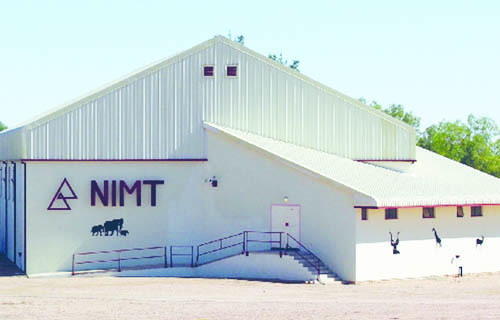 …employees alleges ED not qualified to run the institution

NAMIBIA Institute of Mining and Technology (NIMT) employees says problems currently being experienced at the establishment are due unqualified top management, especially the Executive Director, Ralph Bussel who they allege does not have the necessary academic qualification and lack the skills to run the institution properly.

The disgruntled employees came forward after NIMT failed to pay their employees’ December salaries and are still waiting to receive their salaries which the employees say have made life difficult for them following a horrible festive season.

One of the employees who spoke to Confidente on condition of anonymous for fear of victimisation, said he has been a lecturer at the institution for close to nine years and things were better when he started under the leadership of former Executive Director the late, Eckhart Mueller.

However, according to the employee, the situation changed when current Executive Director, Ralph Bussel took over and working conditions have deteriorated day by day and year by year.

He alleges Bussel is failing to run the institution because he does not have the necessary academic qualification and was only appointed because he acted in the position after Mueller passed on.

The source blamed NIMT board of directors for turning a blind eye on Bussel’s qualification by lowering the requirements for the position when they hired him on a permanent basis.

“If you look at vacancy requirements when they advertised the position, it does not reflect the quality of the institution education policy. Those requirements were tailor-made for Bussel, they lowered the bar to accommodate him because they knew he would not qualify and if the requirements are lowered to such a standard then even our trainees and students qualify for that position. The Executive Director is currently managing people who are more qualified than him,” expressed the source.

He added that if the situation does not change in the near future, then the future of NIMT is in danger because it is not only financial problems NIMT is facing but also a number of things such as deteriorating infrastructures and faulty training equipment, which the source said had been neglected.