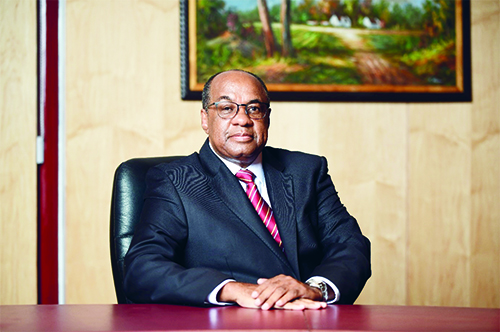 According to local economist, Josef Sheehama when interest rate increases, money becomes expensive and when money is expensive the costs of borrowing for consumers and businesses is high.

He said the hiking of interest rates by BoN would increase the cost of borrowing, slow economic activity and depress standard prices

“Despite inflation rate remaining unchanged in October 2022 at 7.10 percent, compared to 3.60 percent in 2021. The current inflation rate remains high despite a reduction from 7.30 percent to 7.10 percent. The Namibian economy is closely linked to South Africa, with the Namibian dollar pegged one-to-one to the South African Rand. The South African Reserve Bank to increase the repo rate by 0.75 percent basis points on November 25 from 6.25 percent to 7 percent. This means that Namibia has to also increase repo rate also.

“Assume you have a mortgage bond of N$ 1 000 000, increase in repo rate influences the commercial banks to increase their lending rates. So, if you have a home loan of N$ 1 00 000, increase in interest rate results in an additional N$ 425.00 more or less. By populating these events, particularly those with high mortgage and vehicle loans you can determine the amount of dollars accumulated against your fixed salary.

The result will be even higher costs for businesses and a deep squeeze in the cost of living for households. Therefore, the hiking interest rates will increase the cost of borrowing, slow economic activity and depress standard prices,” he said.

After South Africa increased its repo rate by 75 basis points, a number of local economists advised on the risk of continuing with an aggressive (front-loading) rate hiking cycle in South Africa and Namibia.

The implication of such a move is that monetary policy becomes restrictive for an economy not experiencing demand-pull inflationary pressures and having numerous domestic economic growth challenges.

The BoN’s Monetary Policy Committee (MPC) decided to hike the repo rate by 75bps in October to 6.25 percent but at the same time expect the rate hiking cycle in South Africa and Namibia to come to an end by early 2023.